Israel is considered as an established high-tech hub; the leader for number of start-ups per capita, and home to one of the world's most technologically literate populations.

The education system in Israel has long been praised for various reasons, including its high standards and major role in spurring Israel's economic development and technology. EdTech is a growing industry in Israel, expecting to prosper in the coming years.

IsCham and the Israeli Consulate in Shanghai welcome presidents of the top universities around Shanghai for an opportunity to hear inspiring lectures from world-class professors in Israel, and discover the most advanced technologies in education.

The event will be held in Shanghai and broadcast live to online audiences. Ariel Briskin has been living in China for the past 7 years, during which he studied in Sichuan University, as well as managed an Israeli Company based in Guangdong for over 3 years. Today Ariel serves as the GM of the Israel Chamber of Commerce in China (IsCham), based in Beijing, and strives to utilize IsCham as a leading platform to boost cooperation between China and Israel.

Gershon Elber is a professor in the Computer Science Department,Technion, Israel. His research interests span computer aided geometric designs and computer graphics.Prof. Elber received a BSc in computer engineering and an MSc in computer science from the Technion, Israel in 1986 and 1987, respectively, and a PhD in computer science from the University of Utah, USA, in 1992. He is a member of the ACM.Prof. Elber has served on the editorial board of the Computer Aided Design, Computer Graphics Forum, The Visual Computer, Graphical Models, and the International Journal of Computational Geometry \& Applications and has served in many conference program committees including Solid Modeling, Shape Modeling, Geometric Modeling and Processing, Pacific Graphics, Computer Graphics International, and Siggraph. Prof. Elber was one of the paper chairs of Solid Modeling 2003 and Solid Modeling 2004, and one of the conference chair of Solid and Physical Modeling 2010. He has published over 150 papers in international conferences and journals and is one of the authors of a book titled "Geometric Modeling with Splines - An Introduction". 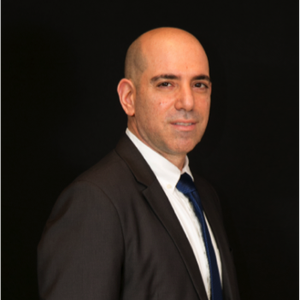 President of South Asia at Stratasys

Based in Shanghai, Michael Agam is the President of South Asia of Stratasys, where he leads the team in Greater China, South East Asia, India, Australia and New Zealand to drive the industry application of 3D printing technology.

He has over 15 years of relevant working experience in diverse businesses, with management and technical expertise in the IT space. He also has a strong track record in a fast-growing international business environment.

As an Industry 4.0 expert, Michael has successfully designed and delivered smart manufacturing, big data, and AI solutions for various legacy industries. He is recognized by his peers as a change agent and a problem solver.

He graduated from The College of Management of Academic Studies (The COLLMAN), and was awarded a Bachelor of Laws degree and then a Master’s degree in Business Administration. He speaks English, Hebrew, Spanish, and Chinese. Jacky drives the holistic marketing strategy and execution of the Stratasys’ business in China and Taiwan. Jacky works with local sales and customer-facing units to build the Stratasys pipeline, create brand visibility and maintain customer advocacy via a multichannel approach. Jacky has more than 10 years marketing experiences in construction industry, chemical industry in top 500 world companies. Jacky began her career with Stratasys in 2019 as GC Marketing Program Manager based in the Shanghai office. Shen Fucheng, Chief Representative of Ex Libris Beijing Representative Office, VP Greater China of Ex Libris Group, and adjunct professor of School of information science and technology of Northeast Normal University. He graduated from the Chinese Academy of Sciences in 1991 and was a visiting scholar of Research Library Group (RLG) from 1997 to 2000. He joined Ex Libris Group in 2000 and has been engaged in the research and development, marketing and service support of library system solutions for nearly 30 years. He did his Global MBA degree in Arison Business School of IDC Israel, and Executive Diploma of AI Program from MIT Sloan
School.